BallRescue is a game I want to finish one day. I first made it in Java using a game library. My experience with version control was very poor back then, so the project somehow got lost. As a result I recreated the game in Unity with an ingame map editor instead of a webapp. The scope and my visions for the project ended up to great so I started losing momentum till it all stopped.

You can read more about the first web-based level editor here: https://bevster.net/ballrescue-mapmaker/

Since I lost the source code I ended up recreating the game in Unity, this time written in C#. Under is a video from the in-game level editor. The thought was that users could make custom levels and upload them so others could play them. The project did not go as far unfortunately. 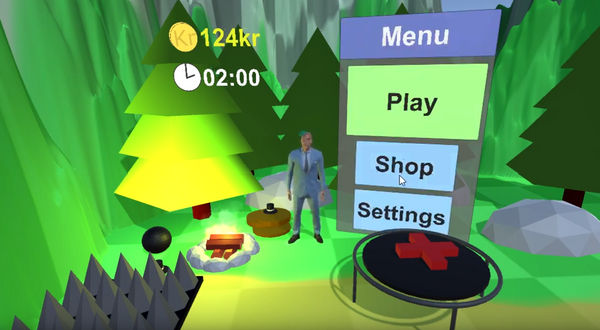 This is an endless runner game made in Unity for a school course in Unity development. The objective of the game is to run for as long as possible. While

This project was made to settle my curiosity. I was wondering how well it would work to make a multiplayer "game" where the connections were handled as follows: Player 1